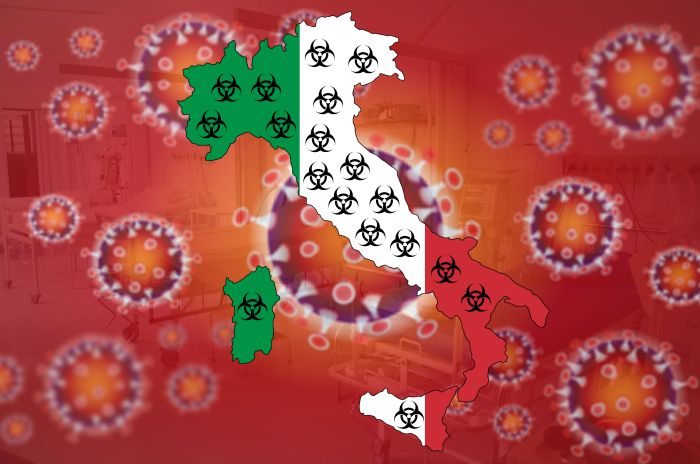 The fallout from COVID 19 is hitting Italy’s poultry industry both at home and abroad.

An absence of tourists is impacting demand on the home market, while movement restrictions on Italian goods are hitting exports.

Although the Italian government may have been careful to draw up a list of exceptions for food producers and veterinarians when the country’s movement restrictions were first imposed, with a rapidly shrinking market, all of Italy’s food producers are now looking at months of difficulties.

Few of us could have missed the reports from eerily quiet Italian city centers, but it is not only the local population that is missing.

Tourism contributed approximately 13% to the Italian gross domestic product last year, but there are no tourists now to eat chicken alla Milanese or other dishes. Similarly, the familiar cry from airline staff of chicken or pasta is much more rarely heard over Italy’s skies, with airlines having reduced or cut their flights

For Italian chicken producers there is no solace to be found in the export market, which had been viewed as a target for growth. In 2018, 13.5% of Italian poultry meat was exported, according to industry association Unaitalia. Two-thirds of exports went to other European Union countries, with the largest share going to Germany.

Now, however, there are growing demands for checks on and certification of Italian food exports of all types, despite there being no risk that food can transmit COVID 19.

In an attempt to stop the spread of the virus, Austria first stopped Italian trains from entering its territory in late February. However, as the situation in Italy deteriorated, in March, restrictions were extended to road freight.

Controls were unilaterally imposed at the Bremmer Pass, one of the most important transit routes between south and north Europe. Although traffic is still flowing, with difficulty, between the two countries, initially, it was thought that all movement would be halted — cutting Italian goods off from other European markets.

Italian industrial employers’ group Confindustria reacted strongly the talk of border closure, calling on the government and the European Commission to intervene. All the hard work carried out by Italian companies would be lost if road crossings were closed.

While trucks may still be crossing the border, drivers have to undergo thermal scanning, and this initially resulted in tailbacks of 60-70 km and drivers having to sleep in their trucks on the motorway overnight. Reports now suggest that the tailbacks have reached 90 km.

Confindustria has said that scanning drivers is completely unnecessary as, in most cases, they are heading to the country’s key export market Germany, presenting no risk to the Austrian population. Delay puts perishable goods at risk, Confindustria continued, adding that the restrictions were causing incalculable damages.

While Italian exports may be suffering delays at the Austrian border, a worse situation arose at the border with Croatia, where all food exports were completely stopped, resulting in Agriculture Minister Theresa Bellanova calling on the European Commission to remind EU Member States of the rules of the Single Market and warning them not to resort to unfair competition.

When Italy first adopted movement controls, it carefully detailed exceptions where livestock production is concerned. Anything that could wait should wait, but where animal welfare or food production would be comprised movement could continue. So, for example, veterinary inspections for non-notifiable diseases could be delayed, moving chicks to farms from hatcheries could not.

To a degree, livestock production could continue as normal but, with a significantly reduced market to sell into, the poultry and other industries face a grim outlook, and may have little option to call on the government for more direct support.