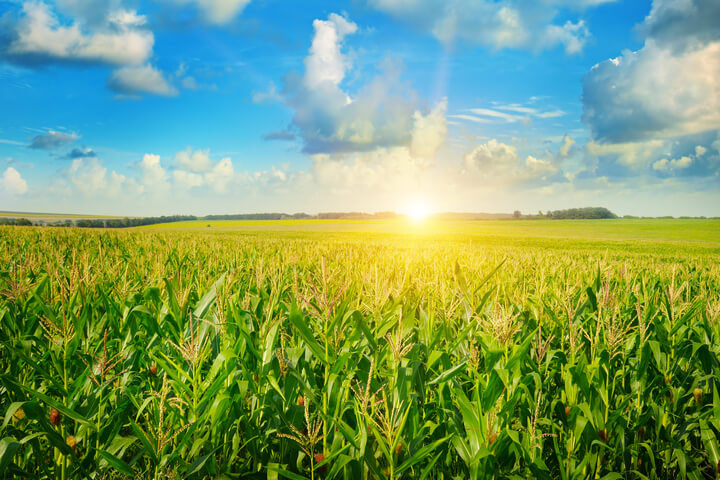 The week finished with a bit of a bang and pushed prices up on Friday. Corn jumped by about USD 5 on Friday to finish the week up by only about USD 1 m/t. Soybeans didn’t have quite a strong a Friday and ended up the week down by about USD 6 m/t. Soymeal wasn’t quite as bad and only dropped by about USD 3 m/t. There was very little change in wheat prices, but soft red winter wheat did manage to move up by a couple of dollars m/t.

Corn prices seemed to rally higher on some Chinese corn business being reported and the chance that there will be more. However, some experts feel that most of China’s corn business will go to Brazil as soon as they harvest the current crop. With the corn market being down for most of the week it looks like buyer found a price point on Friday, bought some corn and pushed prices higher.

Soybeans were still locked in a US/China trade argument – will there be business, will there not, when will it be – should we be long or short. Overall it looks like the shorts took the best position and soybeans didn’t rally much. With the start of any China business still a little in the future, the feeling is that soybean prices will just drift around until something new and exciting happens.

And with wheat, there was not too much to report. Black Sea wheat prices continue strong which is good for US export sales and on the US domestic side there is not much happening to wheat there day to set a new trend in prices. Looks like all quiet for a bit.

Monday is a holiday in the US so the week will start very quietly.

FOB port or location specified. Prices in US$, in metric tons:
All shipments in bulk grain vessels unless stated otherwise
(NOLA is New Orleans, Louisiana, USA.)

US corn gluten meal prices are reported to have taken a big jump this week due to the end of fishing in Peru and the resulting shortage of high protein products. According to the Jacobsen report the prices seen in the US are up by at least USD 50 m/t – while fishmeal is up by USD 200 m/t. It doesn’t look like US CGM will be very affordable for the next few weeks/months.

DDGS prices were a little higher this week as corn prices moved up. The DDGS export business was very quiet, perhaps due to Chinese New Year or perhaps due to the higher prices. Export container prices to Asia are also reported as higher so that too would slow buyer a little.

Corn gluten feed did very little this week with prices remaining about where we were last week but if corn continues higher then CGF will follow.

There was also concern in the US this week with aflatoxin levels in corn and how this might push levels up in Corn Gluten Meal and Corn Gluten Feed – this could mean higher prices for CGM and CGF that can meet the required aflatoxin import levels of some countries.

Also, the US grain crushing report was issued for November and showed total US production for November of corn gluten meal at 90,000 m/t, corn gluten feed at 272,000 m/t and DDGS at 1.88 million m/t.

USA export meat and bone meal prices moved just a little higher this week with some sellers expecting higher prices to come – this on the assumption that Mexico will be back in the beef MBM market. Australian and New Zealand export prices were about unchanged for all animal proteins.

The US domestic market was quiet – not much happening at all and experts are saying that it should be like that for a few weeks as there is nothing much new to move market prices.

Well, the fishing season is now over in the North of Peru with the officials cutting off the season. It looks like the total catch is going to be just over 1 million m/t which leaves almost 1.8 mm/t uncaught — quite a shortfall.

The instant reaction to the end of fishing was a quick spike higher in prices with some saying the prices have jumped by as much as USD 200 m/t. Of course, if there is nothing to sell, then prices can go wherever they like.

The fishing was stopped as the juvenile level recorded by Imarpe was from 79% to 97% — much too high for “sustainable” fishing. Imarpe is planning their next assessment cruise in mid-February to determine how things look for the fishing season starting in April.

So, looking at the current situation, about 240,000 m/t of fishmeal produced which is not even enough to cover the existing sales on the books. Where will the buyers be able to replace this shortfall and cover continuing needs. Needless to say, there is going to be a run up in fishmeal and similar protein prices for the net few weeks/months.

It was mentioned in the trade that North Atlantic producers have pulled out of the market and are not offering any fishmeal to anyone.

If you don’t have your fishmeal needs covered today, then good luck trying to find supply and if you do find anything it will be at a premium price.

The Europe prices from my normal source do not show the jump in prices yet that are reported in the market – if the trade reported prices are correct then the ones shown below are at least USD 100 m/t too low.

ALL PRICES SHOWN ARE IN CONTAINER, ON VESSEL, AT ORIGIN — US DOLLARS

Minimum shipment of 200 m/t for fishmeal

The information contained herein is based on sources that we believe to be reliable, but we do not represent that it is accurate or complete. Nothing contained herein should be considered as an offer to sell or a solicitation of an offer to buy. All references to prices are subject to change without notice.